Note: This site uses cookies.
By clicking on the green button you give your consent to the use of cookies and corresponding data transfer to third parties (also to the USA). 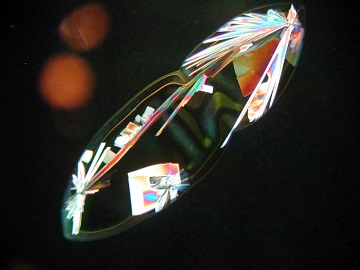 Electronic Displays Center Gundersheim, 05 April 2017. Whether quality assurance, tools or analogous processes: according to Klaus Wammes, Managing Director of Wammes und Partner GmbH, clumsy purchasing decisions have far-reaching consequences in all areas of display manufacturing. The expert in development and troubleshooting of displays and flat screens for extreme applications is relying on his experience gained from own orders as well as on the results of German and Asian universities.

Thus, there are two major problems. At first, display components and systems are chosen increasingly for wrong criteria - mostly superficial monetary - and then not tested on a field-based manner. Following the principle of trial and error, the display and its new compositions are usually tested in only one attempt for principle function. On success, in a next pass, the test is followed by an even more cost-effective component or a further simplified or reduced manufacturing process. This approach is a creeping process, which ultimately favors the display failure or even forces it. After all, many effects such as degradation, diffusion, crystallization or chemical reactions take time and are only recognizable after prolonged use. In the end, it is not trivial to understand what has led to this combinatorial or failure.

Wammes: "The connection between budgetary savings and display failure could not be proven so far. By means of new scientific and statistical methods, it is now possible to show why components of a display has failed and, above all, where the causes can be found. Most of these mistakes are not caused by technology as such. Yet they have arisen from the necessity to buy more and more cheaply. However, it is quite possible to systematically spend even less money if this systematic planning as well as decision-making were taken by all parties involved. This also requires deep systemic technical know-how for the respective application. Where appropriate, such know-how must be purchased externally."