Note: This site uses cookies.
By clicking on the green button you give your consent to the use of cookies and corresponding data transfer to third parties (also to the USA).

Wammes & Partner GmbH was founded in 1993 as a technology forge.

Already at that time with the main focus on electronic "flat" displays - even though at that time this was not really "flat" and certainly not established.

Strategic alliances were formed with the "big players" in the industry: Siemens and IBM.
Together with these and the technological environment, which gradually became more and more interested in and committed to these new electronic flat panel displays, a "Display Club" - now known as DFF - Deutsches Flachbildschirm-Forum - was formed between 1998 and 2000.

In the course of time, subsidiary companies were established, mostly as joint ventures for specific technological projects - both nationally and internationally.

In 2015, the Electronic Displays Center Gundersheim EDCG was established with a large international network and its own local research department, laboratories and an optical measuring park.
The aim is to bundle display know-how locally - directly on site - and thus not only to integrate new companies in the large network and to jointly research and develop display and lighting technology, but also to make existing know-how - including all experience - available to interested parties - and to pass it on. 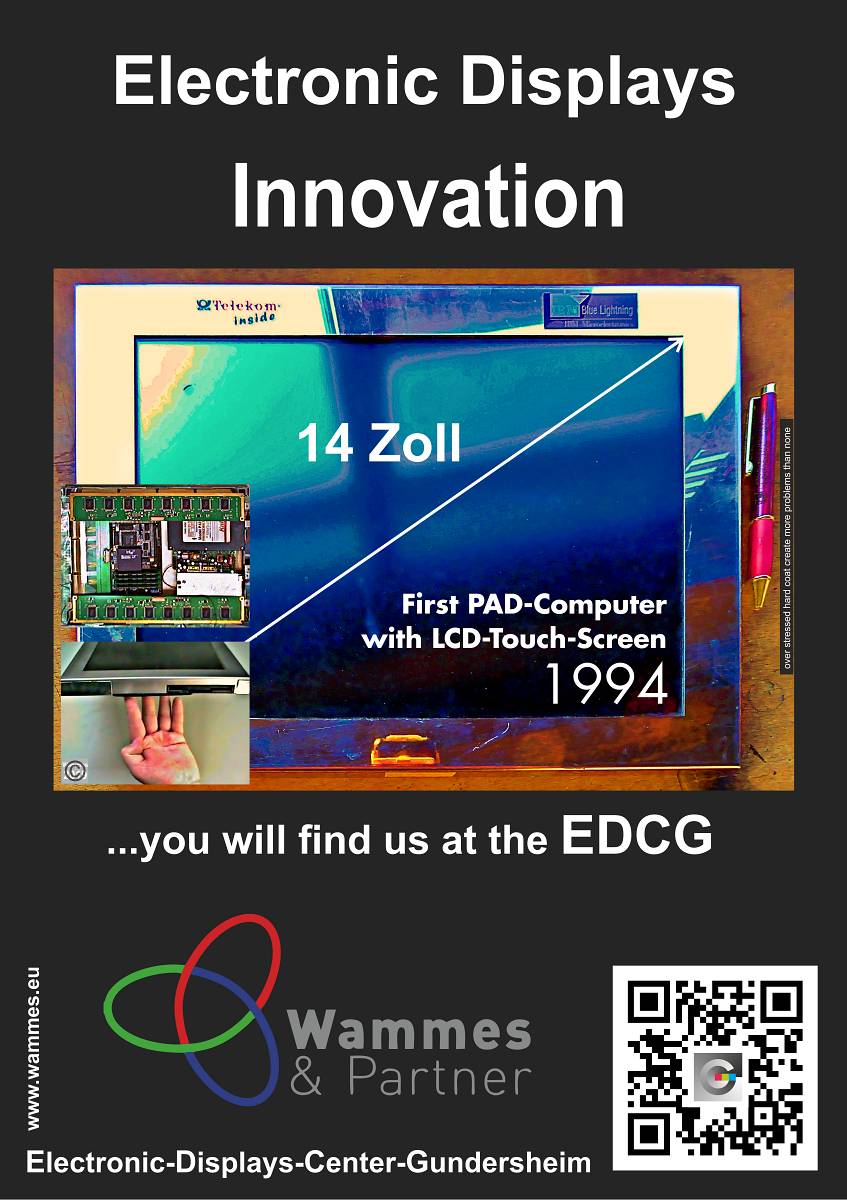 This is what our first PAD computer looked like in 1994 with a 14" daylight-suitable electronic flat display, already integrated touch sensor, IBM Blue Lightning processor, OS/2 operating system, 3.5" HD floppy, 200MB removable hard disk and battery for over 3 hours of operation.